VANERCO, a joint venture between Enerkem and GreenField, plans to develop a cellulosic ethanol plant at the GreenField ethanol plant in Varennes, Quebec. In September 2013 it was announced that the project will receive some initial funding from the SDTC NextGen Biofuels Fund.

In June 2012, Enerkem started production of cellulosic ethanol from waste at its pre-commercial demo facility in Westbury, Québec, which uses an innovative thermochemical conversion technology.

In January 2014 Iogen announced a new method to produce drop-in biofuels from biogas. It plans to introduce the technology (alongside ethanol production) at its CE plants to increase overall production efficiency. In November 2013, it was announced that construction had started on a 10MMgy facility in Brazil using cellulosic ethanol technology of Iogen Energy, a joint venture of Raízen and Iogen Corp.. On April 30, 2012 Royal Dutch Shell and Iogen laid off 150 employees at Iogen's headquarters in Ottawa. Plans for a 10 MMgy cellulosic ethanol plant in Manitoba were suspended.

Shell had previously worked with Iogen (and Codexis) and the federal government to get Canada’s first commercial scale cellulose ethanol facility into production. Sustainable Development Technology Canada (SDTC), has been actively engaged in the transition of Iogen technology from development to commercialization. 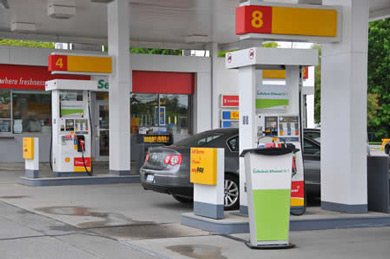 In 2014 Lignol Innovations Ltd (a subsidiary of Lignol Energy Corporation, Canada) was operating a Cellulosic Ethanol Development Centre in Vancouver, and was commissioning a pilot plant to produce bioethanol from lignocellulose (softwood, hardwood, agricultural residues). The technology was based on an ethanol-based organosolv process aquired from Repap Enterprises (bought by UPM Kymmene in 2000). Lignol signed an agreement with the US DoE for construction of a commercial demonstration plant (up to $30m). The plant was being planned with Suncor Energy, and had a projected input capacity of 100 tonnes a day [Source: IEA Bioenergy]. In December 2015, Natural Resources Canada announce that its ecoenergy innovaton initiative (EcoEII) had awarded $1,100K towards Lignol’s project “Production and Conversion of Biorefinery Cellulose to Advanced Fuels, Biochemicals and Biomaterials” to investigate and confirm the novel EH process at lab scale, as well as the potential for the production of valuable co-products.