Plant breeding and biotechnology can be used to improve energy crops to increase yield, improve tolerance to pests and drought, to alter the characteristics of the plants (e.g. percentage of lignin, oil content, cell structure) making it more efficient to convert them to liquid biofuels. Plants may also be modified to produce specific chemicals, or to express enzymes that facilitate bioindustrial processing. See below for examples. 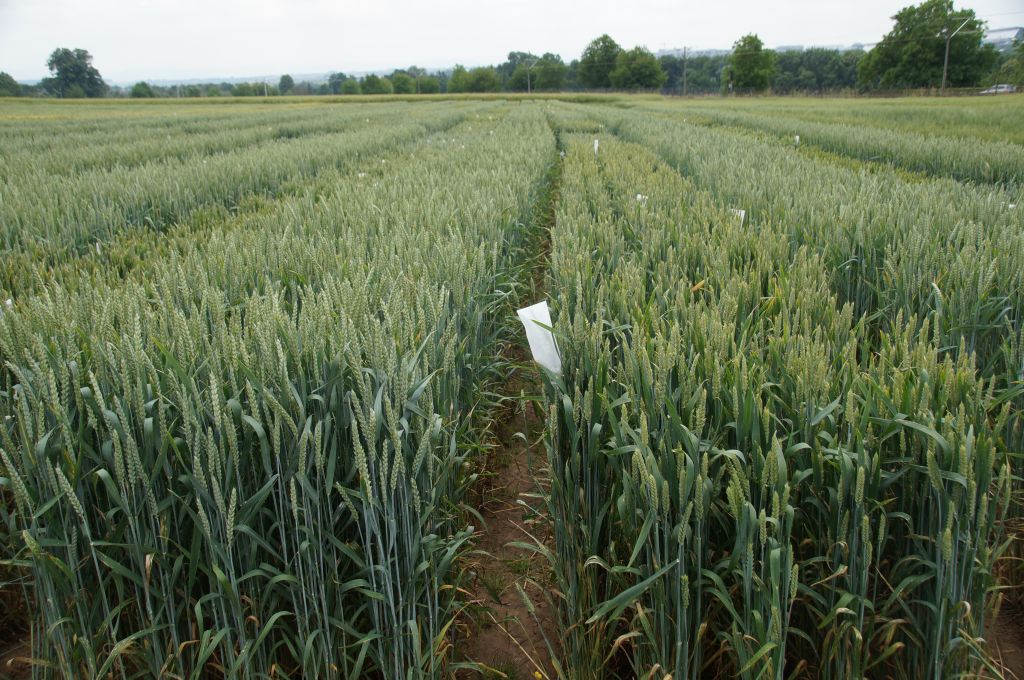 Most oils seed crops only produce a few tonnes per hectare per annum, sugar and starch crops may generate 5 to 10 tonnes, while significantly greater yields come from woody plants – or from conventional crops such as cereals if the straw can be used. Greater utilisation of such materials depends on the development of advanced conversion technologies.

Plant breeding promotes the most essential traits for a bioenergy crop such as high yield of biomass, but also improvements such as single annual harvest, recycling more nutrients back into roots before harvest, delayed harvest or disease resistance. Many of the breeding and development efforts for bioenergy crops emphasize perennial crops and target lands that are marginal or less ideal for food or livestock production, such as land that is excessively wet or dry, acid soils, or highly erodible soils. As plant breeders develop crops dedicated to bioenergy, they use innovations such as hybridization, delayed flowering, genetic modification or genomics to reach their goals.

Even when higher yielding and novel feedstocks come to market, land availability still sets limits to what may be produced. Hence, suggestions have been made for the movement of biomass or biomass derived fuels from the more productive regions to the more industrialised countries.

Projects such as the Landscape Biomass Project Iowa State University look at how to balance needs for food, feed, fuel and energy, by integrating advanced biofuels technologies and novel energy crops.

Reseachers at Michigan State University have identified a switch that regulates photosynthesis, and enables 'balanced plant metabolism'. A greater understanding of this switch mechanism could help to develop food and fuel crops that are more resiliant to environmental stress. (April 2015)

Syngenta has developed Enogen® corn (with 'corn Amylase trait') that increases the efficiency of ethanol production by 8% [Ref: Western Plains Energy]. The variety is currently supplied to 9 commercial ethanol plants in the US [Source: Syngenta April 2015].

Reseachers at the University of Manchester have manipulated two genes (PXY and CLE) in poplar trees to make them grow larger and faster (April 2015).

In 2013, VIB Department of Plant Systems Biology, Gent, Belgium carried out a field trial in poplar trees in which the CCR-enzyme was suppressed to reduce the synthesis of lignin, and facilitate production of greater yields of ethanol. The technique is now being further developed to improve consistency and efficiency.

In July 2012, a paper published in Plant Cell by scientists at the Brookhaven National Laboratory suggest that a new enzyme (Engineered Monolignol 4-O-Methyltransferase) can reduce lignin content in cell walls making them easier to breakdown and convert into biofuels.

In September 2012, Purdue University, US, announced it has receieved a $5.2m grant to develop plants that produce phenylethanol, by modifying the metabolic route that normally converts phenyalanine to lignin. Initial research will be carried out using Arabidopsis, but the technique could eventually be applied to energy crops such as Switchgrass.

Partly supported by the PETRO program, Chromatin has engineered sweet sorghum to accumulate the fuel precursor farnesene (20%), a molecule that can be blended into diesel fuel.

Arcadia Biosciences, in collaboration with the University of California-Davis, is developing plants that produce vegetable oil in their leaves and stems (as opposed to seeds). Various projects are also looking at improving oil yields from modified strains of Camelina, and producing oils from modified Tobacco plants. University of Florida is working to increase the amount of turpentine in harvested pine from 4% to 20% of its dry weight.

Research at Oregon State University suggest that modified trees with reduced height offer traits that could be beneficial for SRC and bioenergy.

In the UK, the Centre for Novel Agriculturual Products, CNAP also carries out research on increasing biomass for biofuel production, biomass oils, and biorenewable products.