Biofuels for use in road transport
Overview

In December 2015, ECN published a report, comissioned by EBTP, on Post-2020 Visions and National Plans for Sustainable Transport. The EBTP has also produced a draft Position Paper on Post-2020 Transport Strategies in Europe, focusing on the pivotal role of advanced biofuels in national and European transport strategy.

A key message of the EBTP position paper is that "Next to RD&D and innovation support, a clear EU obligation for advanced biofuels is required. Such an obligation should be gradually increased in the period from 2021 to 2030. The obligation can be defined as an absolute amount e.g. in terms of energy or greenhouse gas reduction, or as a relative share of biofuels in transport energy demand or liquid/gaseous transport fuels demand, and it can be applied to Member States or to fuel blenders."

Key findings of the ECN report were as follows:

Presentation made at EBTP SPM7, June 2016, by Nils-Olof Nylund, EBTP Working Group Chair ‘End use and distribution’, VTT on The role of advanced biofuels in future transport options.

SPM6 presentation on fuel and technology alternatives for commercial vehicles

Presentation made at EBTP SPM6, October 2014, by Nils-Olof Nylund, VTT on Fuel and technology alternatives for commercial vehicles. 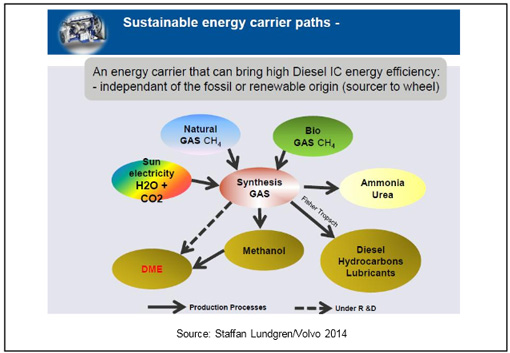 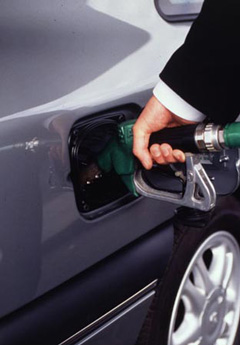 Therefore road transport needs major "de-carbonizing" actions. There is no single fuel solution for the future of mobility - all main alternative fuel options must be pursued, from liquid and gaseous biofuels to electricity.

In the EU, road transport biofuels account for 4.7 % (13,985 ktoe) of final energy consumption, divided into biodiesel (10,644 ktoe), biogasoline (2,892 ktoe) and other liquid biofuels (422 ktoe) (EC 2013). Biofuels are largely compatible with today’s engines and vehicles and can be blended with current fossil fuels to a certain extent. Figure 1 shows the main alternative fuels and their possible coverage for road transportation in different travel ranges. 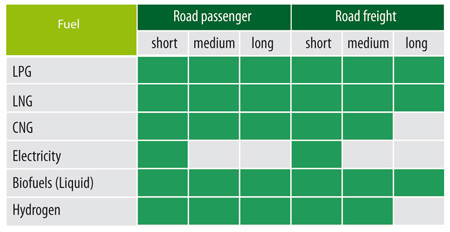 For road transport, the most promising biofuels are liquid and drop-in biofuels, such as B7, E10, E20, lignocellulosic drop-in gasoline and diesel and HVO/CHVO as well as PPO/SVO (Pure Plant Oil/ Straight Vegetable Oil), used in fleets. Conventional bioethanol and biodiesel are commercially available across all Member States of the EC, and are widely used in fuel blends for passenger and freight vehicles on Europe’s roads.

The most suitable biofuel-vehicle components for a liquid biofuel strategy to 2030 and beyond are depicted in figure 2. More information on the respective advanced biofuels can be found in the value chains section. 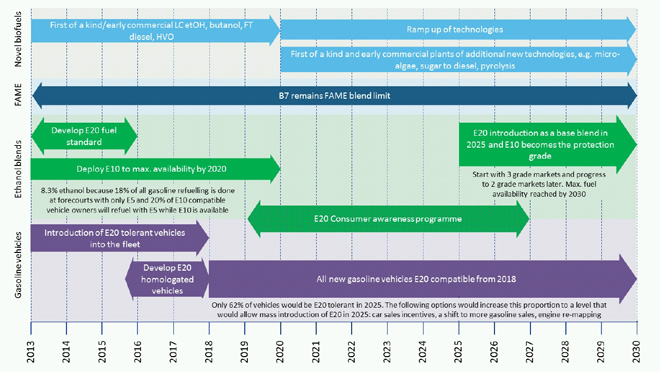 Figure 2: Components of a harmonised Auto-Fuel biofuel roadmap for the EU to 2030 (E4Tech 2013)
View image at larger size

The promotion of biofuels is a political priority and part of the European energy-climate policy. The EC Directive 2009/28/EC on the promotion of the use of energy from renewable sources introduced a binding target of 10 % share of renewable energy in transport by 2020. For this target, biofuels will make a substantial contribution. In addition, Directive 2009/30/EC allows for the blending of ethanol into petrol up to 10 % (v/v) and for a FAME content of 7 % (v/v) in diesel.

In 2013, the European Parliament stated its intention to place a 6 % cap on first-generation biofuels and a 2.5 % incorporation threshold of advanced biofuels, produced from waste or algae, but these initial ambitions were cut down in the draft directive on the change of land use (June 2014). This agreement imposes a minimum level of 7 % of final energy consumption in transport in 2020 for first-generation biofuels and does not provide for a binding incorporation target for advanced second and third generation biofuels. The agreement is still in a draft version, a final decision is expected for 2015 (EurObserv’ER 2014).

Future expansion of biofuels in road transport up to 2020 and beyond depends on a favourable regulatory environment for advanced biofuels value chains, in particular to support:

Global expansion of biofuels use in road transport also depends on the ongoing development of: 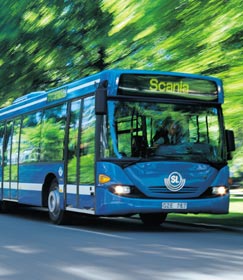 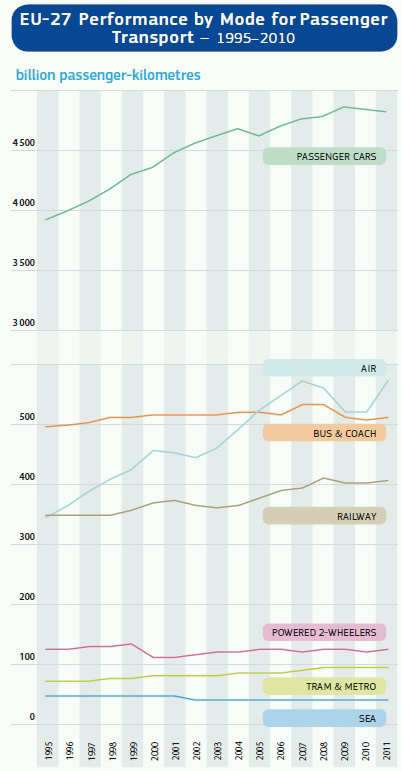 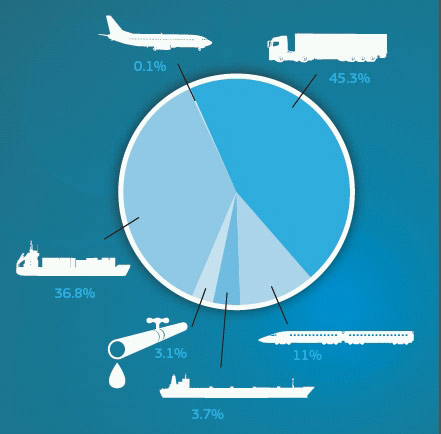 Also, in future freight transport over short and medium distances (below some 300 km) will, to a considerable extent, remain via trucks and heavy duty vehicles. Besides encouraging alternative transport solutions (rail, waterborne transport), it is therefore important to improve truck efficiency. This can be done via the development and the uptake of new engines and cleaner fuels, the use of intelligent transport systems and further measures to enhance market mechanisms.

It is recognised that liquid transport fuels from renewable sources are just one aspect of the transition to a more sustainable transport system. On 24th January 2013 the EC published COM(2013) 17 Clean Power for Transport: A European Alternative Fuels Strategy, which encompasses Biofuels as well as LNG, SNG, electricity and hydrogen. See also the Press Release Europe Launches Clean Fuel Strategy

Under Horizon2020, R&D&D relating to advanced biofuels is included within the Secure, Clean and Efficient Energy work programme. Wider sustainable transport R&D (including gas and hybrid/electric road vehicles) is covered by the Smart, green and integrated transport work programme.

Following the introduction of the directive on the promotion of clean and energy efficient vehicles, the EC launched a Clean Vehicle Portal to advise buyers (domestic and public and private fleet managers) on the environmentasl impact of all new vehicles. This takes into account energy consumption, CO2 emissions and pollutant emissions over the lifetime of each vehicle (from manufacture to disposal). The website also includes useful information on procurement rules and incentive schemes for clean vehicles and EU-wide information about market-shares of clean vehicles.

The Clean Urban Transport pages on the EC Mobility and Transport website discuss recent policy, reports and research in this area.

The 'Transport GHG: Routes to 2050?' project, commissioned by DG Climate Action, has now entered it's second phase and will continue to develop an understanding of potential impacts of transport GHG reduction policies, and evaulate various potential pathways. Project reports and the SULTAN illustrative scenarios tool, which was developed as part of the project, are also available on the website.

As part of the Commission's modern industrial policy, the CARS 21 (Competitive Automotive Regulatory System for the 21st century) process, which was initially launched in 2005, aims to make recommendations for the short-, medium-, and long-term public policy and regulatory framework of the European automotive industry. This framework enhances global competitiveness and employment, while sustaining further progress in safety and environmental performance at a price affordable to the consumer. Among other topics, CARS 21 addresses alternative fuels.

The following EU-funded projects cover R&D on biofuel end use in road transport (a more comprehensive list of related biofuels R&D projects are included on the funding page):

TRIP - Transport Research and Innovation Portal. TRIP is the hub for European transport research and innovation.