Transport represents a fundamental sector of our economy and society, it secures personal mobility and supports economic growth. In final energy consumption the EU transport sector holds a share of 33 % in 2011, which corresponds to 364 Mtoe (see figure 1). In comparison: the worldwide share of transport in the final energy consumption was 18 % (2,221 Mtoe) in 2009 (IEA-AMF 2012). This emphasizes that transport is an essential energy topic for the European Member States, in goods and people transport, both individual and mass. 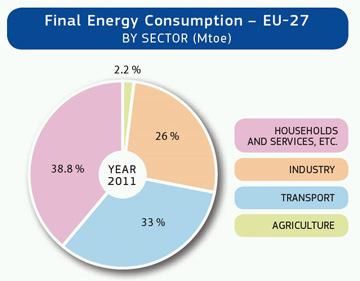 Figure 2: Energy consumption of transport by mode in the EU

Global energy consumption in the transport sector accounted for approximately 2,300 Mtoe in 2009, with 77 % of it consumed by road transport, 10 % each by global aviation and by marine transport and 3 % by rail transportation (see figure 3). 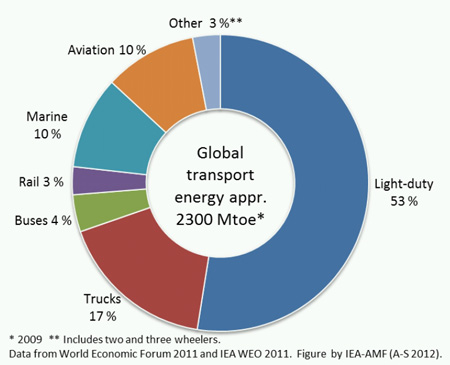 The EU is strongly dependent on imported crude oil for its energy supply. In 2010, 94 % of the energy consumed for its transport and mobility came from oil products. This contributes to an oil import bill of around €1 billion a day in 2011 (COM (2013) 17). Oil dependency has to be addressed to secure people’s ability to travel and to strengthen EU’s economy.

A second issue, besides the reduction of oil dependency, is the reduction of world greenhouse gas emissions, with the goal of limiting climate change below 2°C by the end of this century. In the white paper “Roadmap to a single European Transport Area” the European Commission has defined a target for transport of 60 % reduction in 2050 compared to 1990 (COM (2011) 144).

To meet this target the EC defined 10 goals for a competitive and resource efficient transport system subdivided into three main sections:

To achieve these goals both, biofuels and electro-mobility will play significant roles, as they together could technically substitute oil in all transport modes. Another important factor is the increase of efficiency of transport modes, regarding all three segments: urban transport, medium and long distance transport. 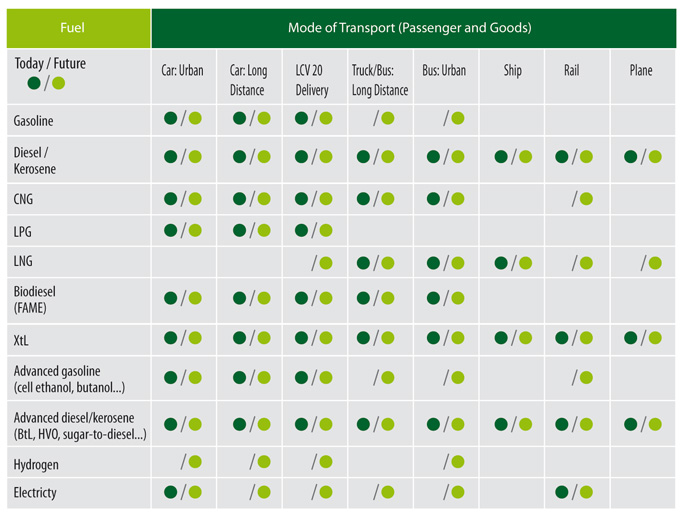 The rising demand of energy for transport in EU member states and worldwide and the reduction of oil dependency can only be met by the comprehensive mix of alternative transport fuels, electro-mobility and increase of energy efficiency. Advanced biofuels have the advantage of a high potential for all transport modes and are the only option for aviation – therefore the development and the progress of advanced biofuels technologies is crucial for rapid market development, which could break the dependence on oil and secure Europe’s energy supply, support economic growth and reduce GHG emissions from transport.